22 June 2021 – Day 2
The first morning on the Aldebaran was early but happy. When the crew assembled outside for the day to start, the sun was out and sheep still sleeping peacefully on the dyke of Texel. We had a big day ahead of us. After months meeting each other solely online, we started with reconnecting on our research projects in the form of an action learning set. It was absolutely inspiring to hear that despite the number of challenges, changes, and revisions we have had to face – which made adaptive planning a necessary part of our research process – we are sailing with a group of varied and dedicated researchers. From the plenary session we identified three questions that the crew was struggling with in this stage of their research on the topics of methodology, narrative, and value creation. The action learning setting was effective, though sometimes uncomfortable since the people bringing in the questions had to turn around to listen and thus were unable to steer the conversation. The net result of the hard work was positive: the entire crew left with many new insights.

The first guests of the expedition arrived on our ship (well, jumped, because with the low tide our ship had dropped a full half meter below the quay). Our visitors were four people from NIOZ, the Netherlands Institute for Research of the Sea. After taking the necessary COVID measures (thanks to our corona team), we connected in an ‘open space workshop’ setting. It allowed us – despite our varied backgrounds – to talk about questions surrounding an academic researcher’s responsibility and ability to create societal/environmental impact as equals. One of the ‘rules’ of the open space method is: “it ends when it ends”. And it did, because everything about this meeting was so inspiring we didn’t want to stop talking, but the tide thought differently. We had to set sail again for Enkhuizen.

We sped along with a strong wind to the Afsluitdijk, where we descended almost a meter in the lock and sailed across the IJsselmeer until Enkhuizen was in sight: many masts surrounded by trees and the old city. From Texel to Enkhuizen had been a long haul, so the cooking team was in for a challenge: they had to cook when we were still sailing. Have you ever had ‘pasta a la waves’? We have now! And it was delicious, very ‘en vague’. When we arrived, we had our first swim of the week. Everyone was there and took up the courage to jump in. After a quick shower and we were off to our last organized part of the day: a visit to the Enkhuizer Zeevaart School. We got to know the school and gained some insight into one of their new subjects: wind assisted ship propulsion. It was a great lecture!

Upon return to the ship, we had time from a little check-out and a wind-down. It had been a long day, everyone was rather tired, but most of all (and I quote): ‘saturated with joy’ and satisfaction. One of the crew took out a guitar and we connected on an informal level through singing songs before bed. 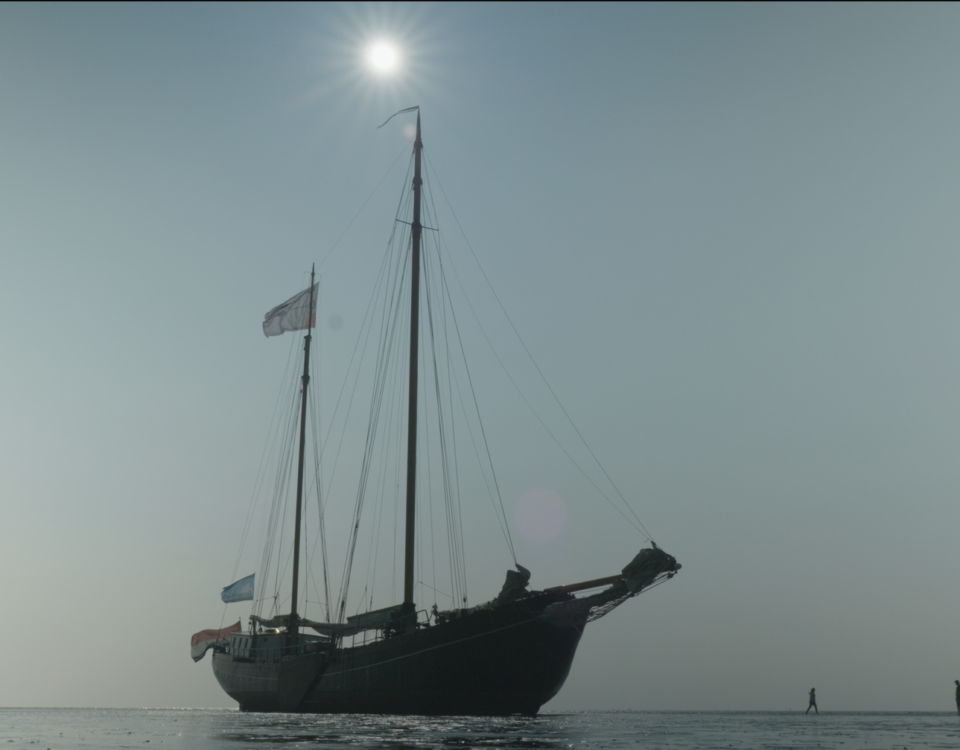 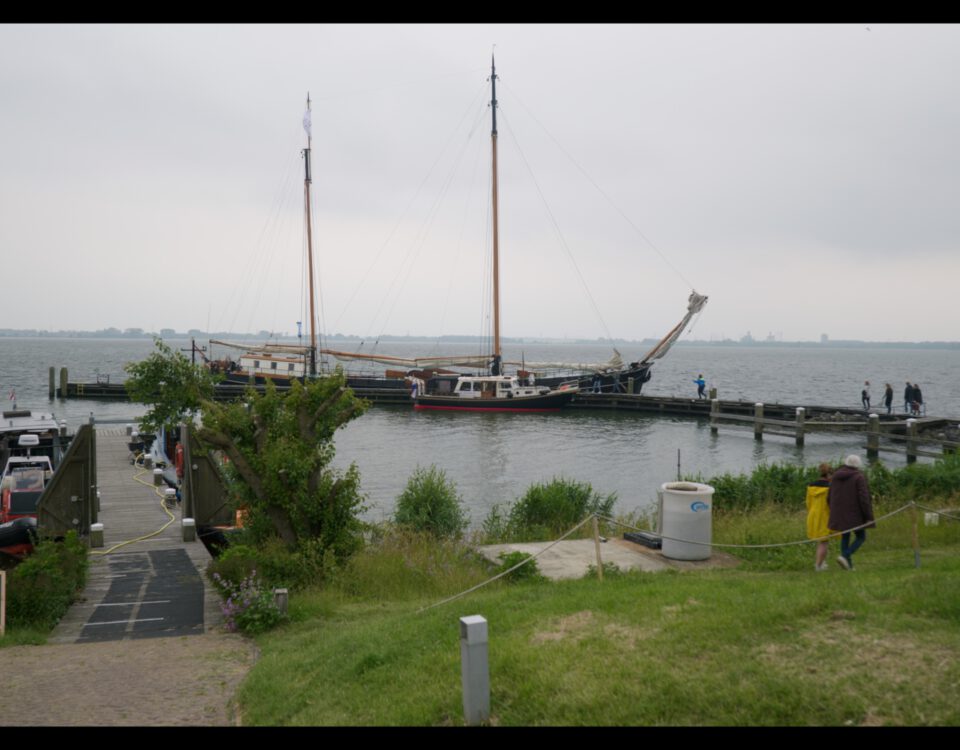 Knowing as you go

Led by the wind